Every community should have access to local, high quality fresh produce. The demand of healthy fruits and vegetables is increasing rapidly worldwide because the middle class is expanding and the population is growing. Meanwhile, climate change and the depopulation of the countryside are already having a large negative impact on yields and food security.

Indoor Farming offers a controlled climate and protection from the changes outside. It brings a solution to the increasing global water scarcities by using drastically less water. Yields are typically higher too, so less land has to be used.

However, scaling up Indoor Farms around the world is not as easy as it seems. A local, reliable pool of quality workers is needed, which is increasingly hard to come by. Also, to control large-scale farms, a lot of expert knowledge is required.

SAIA believes that in order for indoor growing to become accessible everywhere, we need robots to help the workers and we need A.I. to empower the growers in controlling their farms optimally.

Through SAIA we will help the transition to Autonomous Indoor Farming. For improved food security, better jobs and healthy meals for everyone. 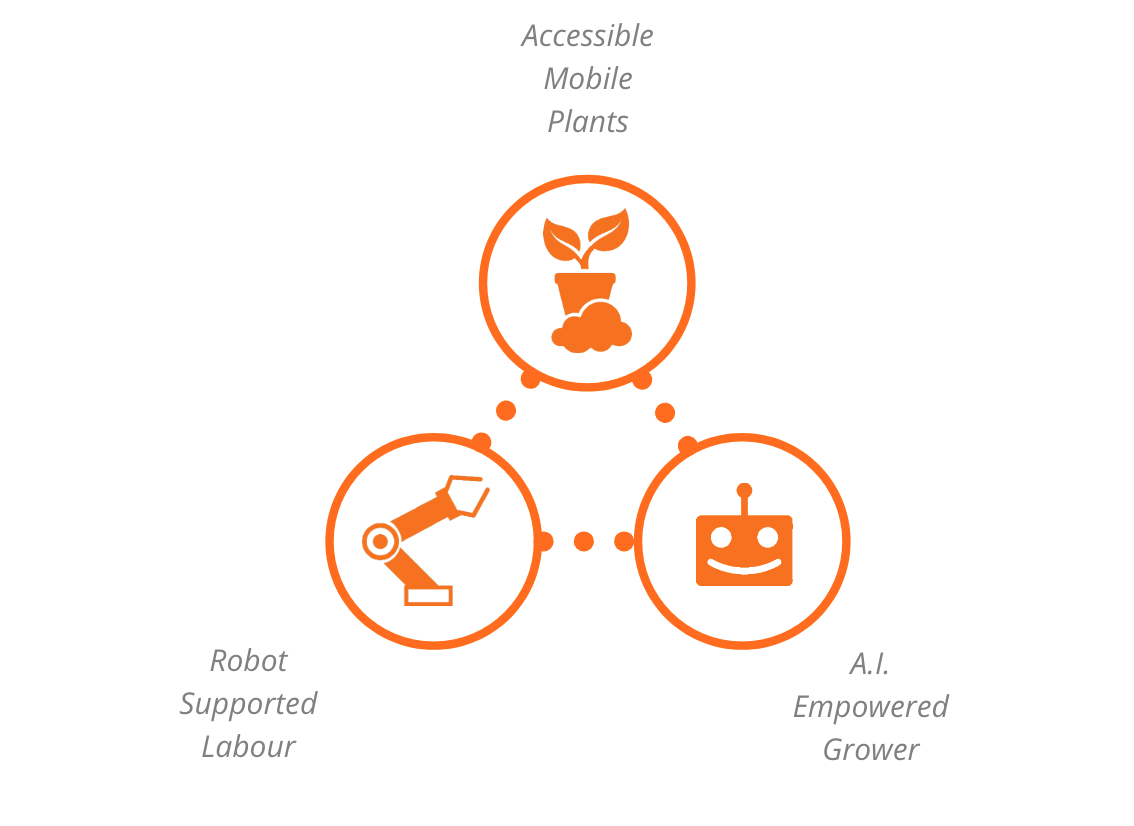 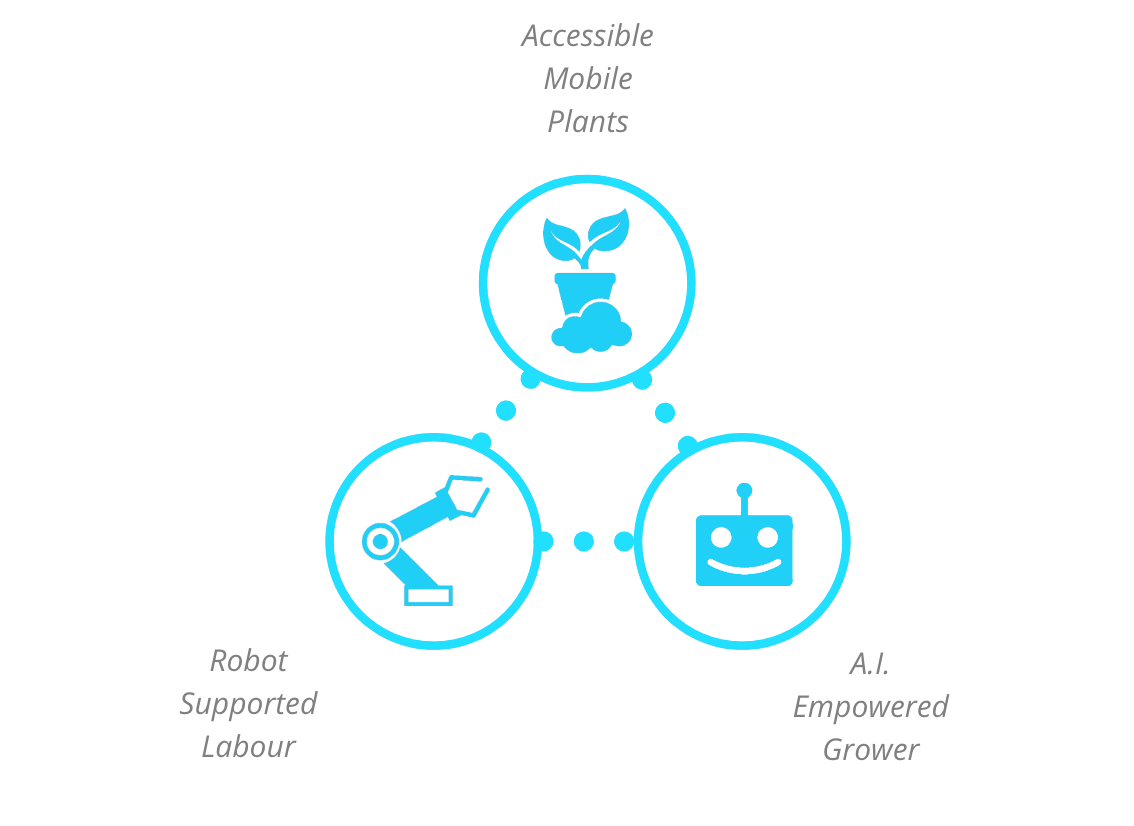 20 years of research and development in agrobotics

Already in 1999, a harvesting robot for Cucumber was invented at Wageningen. In the following two decades, the group 'Agro Food Robotics' achieved state-of-the-art market-oriented technologies for greenhouse robotisation.

In 2019, SAIA developed a leaf harvesting robot prototype with the 'agROBOfood' Innovation Hub. Leaf removal is one of the most labour intensive tasks, currently all done by hand and it is considered the most boring job of them all.

movie used with permission from the Sweeper consortium www.sweeper-robot.eu

Previously, the founders of SAIA have worked on a sweet-pepper harvesting robot for 7 years. By working closely together with growers and with technology experts from all over Europe, a prototype was realised that could harvest up to a third of all the peppers in a commercial greenhouse autonomously.

The experience from the market oriented 'SWEEPER' project, formed the foundation of SAIA Agrobotics. Key technologies reached maturity and SAIA aims to bring them to the market.

Bart is as enthusiastic about mechanical design as about the way plants grow. He has two decades of experience in robotics for agriculture and has a MSc Biosystems Engineering from Wageningen University. Since 1999 he was a mechanical engineer at Wageningen University and Research in the group of 'Agro Food Robotics'. His specializes in gripper design for agricultural robotics. Bart has worked on the first cucumber harvesting robot and worked in several EU projects (CROPS, SWEEPER and Trimbot) and was also a work package leader in 'Pick&Pack'. During those projects he has filed multiple patents on the design of end-effectors (NL2013066 and  P6075740NL). Bart co-founded SAIA with the dream to translate his research and knowledge to a tangible, economical solution for growing food. 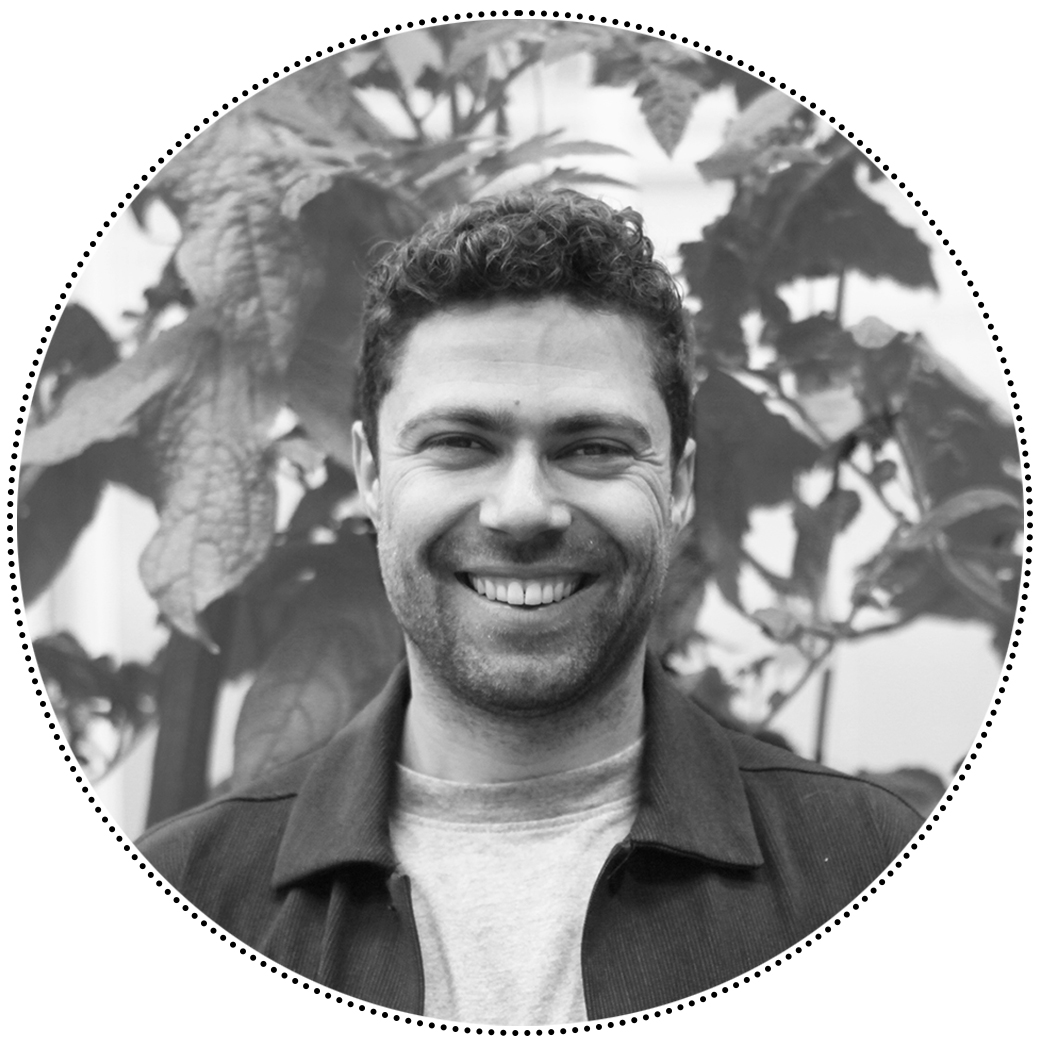 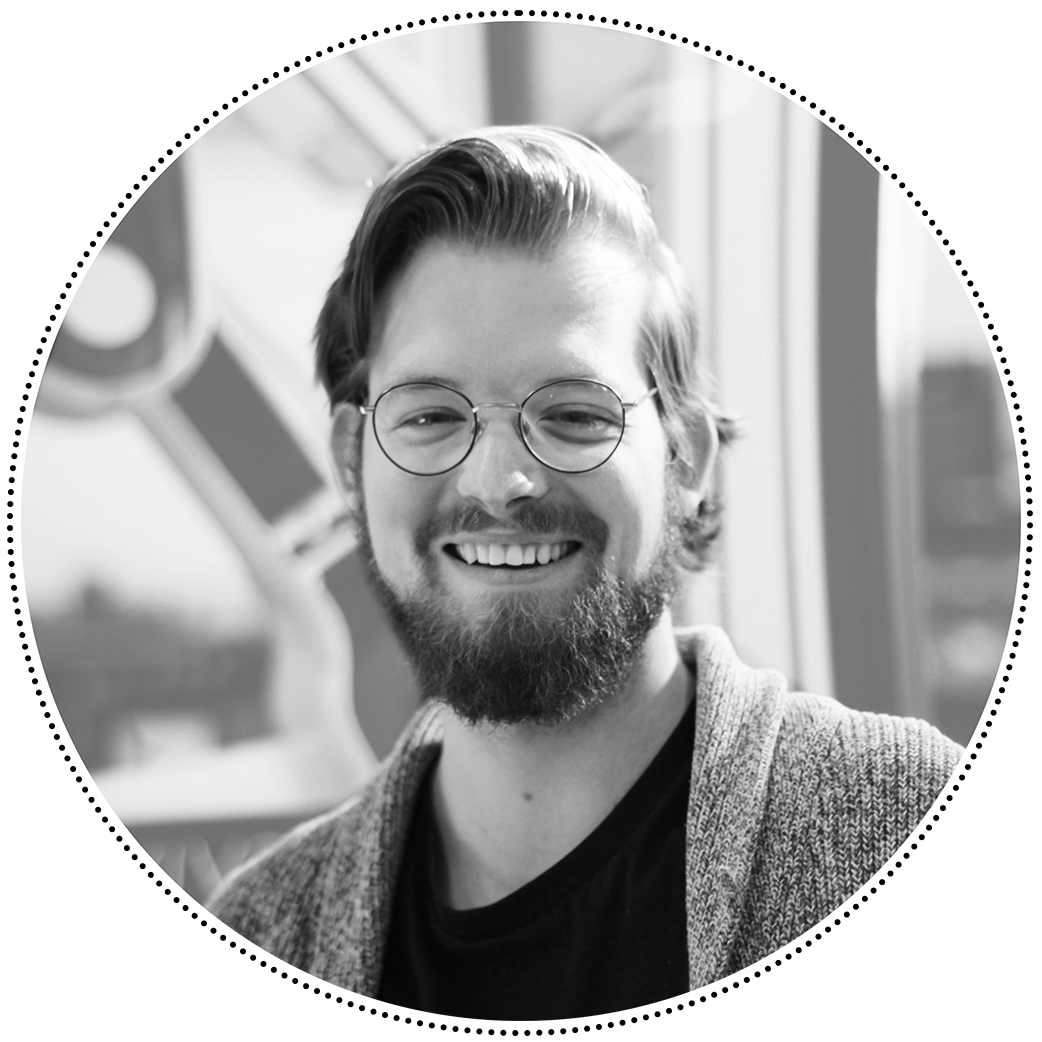 Silke Hemming is head of Greenhouse Technology at Wageningen Research. Previously she was responsible for the SWEEPER bell-pepper robot and she co-initiated the Agro Food Robotics group. With her vast knowledge and network in greenhouse tech, she joyfully supports SAIA’s journey.

Peter van Weel has over 40 years of experience in Greenhouse Plant Growing, previously working at Wageningen Plant Research. He is one of the founders of Plant Empowerment that brings balance in the plant based on measurements and physiological formulas. In turn, the GPE method won the autonomous greenhouse challenge to optimise yields Together with SAIA, Peter is working on the mobile plants and data mining.

Gideon de Jager previously was Chief Commercial Officer of Codema Systems for 17 years, responsible for many ag tech systems, including mobile plant system and their logistics. Gideon recently left Codema and is supporting SAIA in networking in the greenhouse market and their logistics technology development.

Lenny Feder spent 25 years on Wall Street. In his final role, he was the Group Head of Financial Markets for Standard Chartered Bank. His responsibilities included managing 2,000 traders across 41 countries with responsibility for $400 billion in assets.  During his tenure, Lenny grew Standard Chartered’s trading organization from $1.5 billion in revenue to $5 billion.  Lenny left banking in 2015 and moved to Los Angeles.  He now invests in start-ups, real estate, entertainment, finance, technology and farming.

Loet Rammelsberg is program director at the AgTech accelerator Start-Life. He has been with SAIA from the beginning, helping with growing and coaching. Loet has a vast network in the life sciences sector, both companies as investors. His expierience with accelerating startups in this domain fits greatly with the ambitions of SAIA.

We released a new video to outline SAIA's vision and technology. This summer SAIA will start fundraising to bring the robotics and A.I. for Autonomous Indoor Farming to the market. For inquiries, please contact us through the form at the bottom of this website.

Although SAIA has been founded over 3 years ago, SAIA is now officially enrolled as a Wageningen University & Research Spin-off! Very proud to be part of the community and campus! 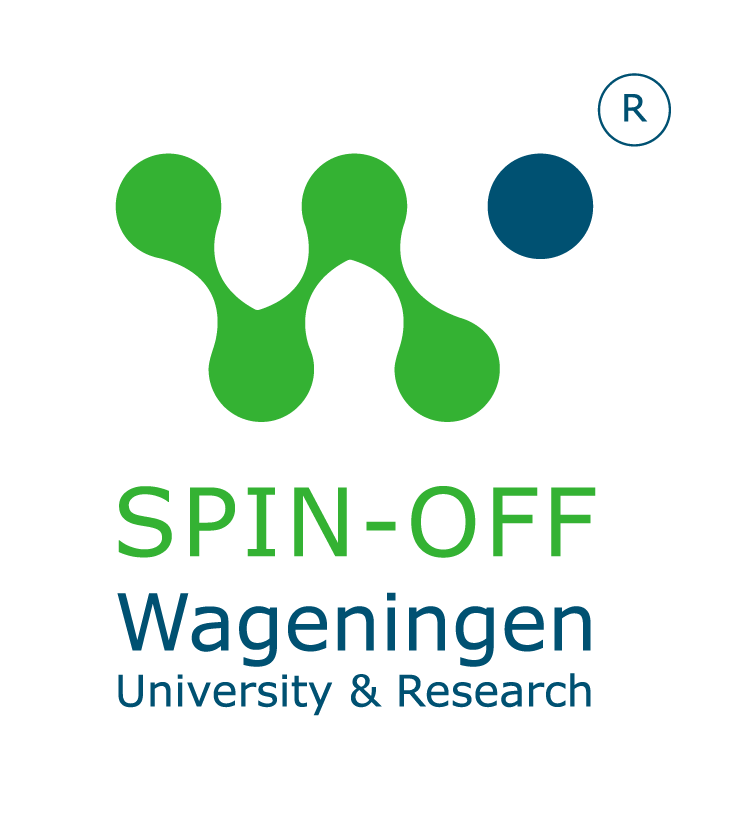 SAIA Agrobotics will further develop its technology for greenhouse robotics with investments from the ION+ fund managed by Oost NL and the Technology Transfer funds of Innovation Industries and SHIFT Invest, which is built around a partnership with the four Dutch technical universities, TNO and RVO. 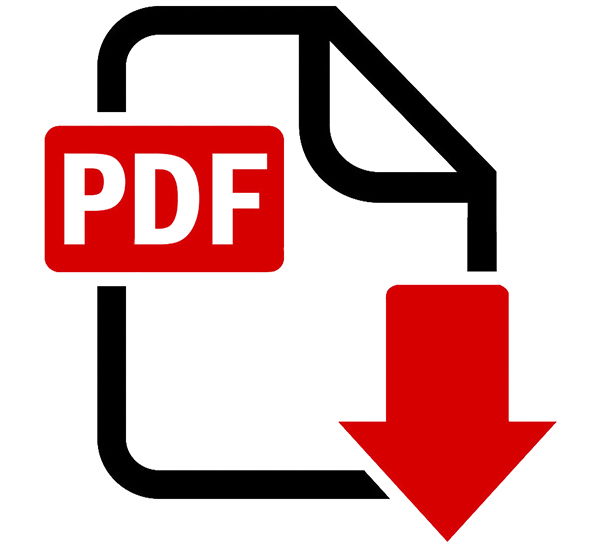